I wonder why do people always want us to act perfect????!!!!
I have met a person recently, who actually dissemble to be PERFECT at all times in his life!! Even if he's busy doing something noxious, he puts it up as the sin of some other person related to him and thus he being affected by the situation. And most of the other people tend to love and trust him more than anything else in the world!! Strange,isn't it?? My another really important lesson in life was concerning such a person and i'm really glad that i somehow came across this person.

He was kinda strange, he was my friend, and used to tell me that he wanted to make everything related to him perfect!! And by that, he certainly meant, he wanted to be perfect to anyone and everyone in this world!! He wanted a perfect 100 in his papers, he wanted to be perfect to his girlfriend, he wouldn't smoke infront of his girlfriend and parents, and give them the illusion that he's the gem in their life anyway!! Funny!! It sounded funny to me somehow!!
He always used to say that he would just do anything for his love and his parents!! He would even give away his life for them!!
But the funniest part was, he was actually only saying such stuffs to make people fond of him,look up to him, may be. The reality was, he refrained from doing anything like that. When the time came to show his love and perfectness,he turned his tail towards it!! He escaped so that he doesn't mess up his own life!! 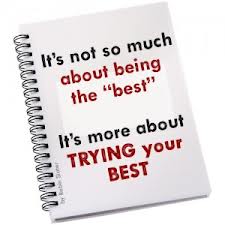 But the outer world still loved him for his so called perfectness. He was being a genuine perfect one for this world!! But I wonder how can anyone stay happy with these kinda people?? They tend to make others fantasize about themselves. Even, I was building castles up in the air about his so called perfect character!!!!

But it was actually a big bang on me when I came to know the actual him. He ran away from any serious or typically tough situations and saved himself. He wouldn't be there even for his own family or love if he faced any difficulty himself. And they kinda make you do something for them and still keep on bragging about it themselves!! I have learnt that these people ought to make you suffer more by their so called perfectness!! And they try to gain sympathy by acting foolish and you know,you will just love them for this!!

I was actually trying to find out some solutions to avoid these people,atleast not to be affected by them in life. And the best ones that dawned on my mind was :

Mostly these are the people who tend to be nothing but  perfect losers in life. But our main motive should be how to be happy in life and thus we have to avoid these people for the sake of our happiness!!The most important thing is to love yourself the most,no matter what!! 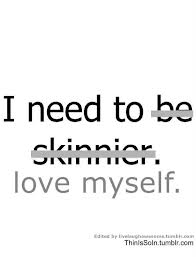 Noone actually is perfect!! No relationship can be perfect, but loving the imperfections of the other person brings up a whole perfect relationship!! Neither your parents nor your true friends will want you to be perfect at all!! Rather they will make it perfect by being with you,no matter how stupid you are!! So just throw away this utterly stupid idea of being perfect and live your life and be proud of what you are. Try to love yourself. Don't make your own self so blurred infront of others!! You should be the best to yourself no matter what,and you must do what you actually feel!That may not be perfect to someone else but that's where your uniqueness lies!! If someone's making you unhappy consistently,just move on leaving that person aside!! Because what matters is to be happy!! Being perfect somewhat makes you boring!! And you having this only one life,would you actually want to make it boring????