A Plea To The Government By A Woman!!

I couldn't hold myself back when suddenly I switched on the Television that night! After surfing a lot of channels, the News Channel appeared right in front of me! I have never been that great news freak (except when its about terrorist attacks or anything concerning women!)
I was horrified when the dirty terrifying news flashed in front of my eyes-- A JOURNALIST HAS BEEN GANG RAPED IN MUMBAI!! Aaaagggghhhh!!!!! Not Again!!!!


I was tremendously frantic and switched off the television then and there! How can some people be such savage beasts?! This is probably the most common news going on recently, all over the Indian news channels-- RAPES! We are truly fed up!

Indian society has become one of the most disgraceful society in the world! (This is when being an Indian seems to be abashing to me.) We women have no means to be really safe out on the Indian streets. Our parents and well-wishers panic each time we go out to work. The men of our society deem themselves to be the most powerful species on this Earth, and women, well, they are just a meager coterie! Indian society (I know I am at sin,but), I had to blame this on very "You"! It is You who have stabbed this very unkind and brutal mentality of looking down upon the women and making the freaking advantage out of them! It is certainly You for whom the ferocious and wild beasts are (without a second thought) raping the women (believed to be Goddess!) of our country! It is You for whom, we women are darn scared to get out of our home alone! It is no doubt, You for whom even today we women are not being respected!

Our Indian society needs to take a break from its insanity! It needs to stop being mendacious about "the safety of its women"!!!!! We women really have had enough of You!! 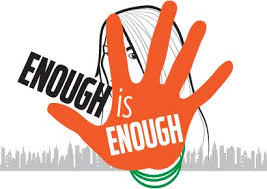 The morbid politicians who are busy feigning and fighting for the Golden seat needs to be abrogated from our society! And this is possible, only by us! We, the abased citizens of India, need to ponder much more about the safety of our women! The society needs to chastise the ill, sick, cruel brutes to death! They should penalise them in such a crude manner that any further brutish people stop wondering to rape women, to even maltreat women and the girls! How can the government just sit back and do absolutely nothing even when thousands of women are being tortured by these horrendous beasts??!! 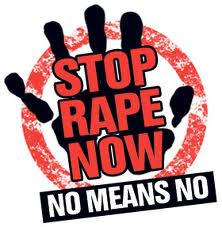 Its truly nothing but shame, that these beasts are even raping 5 year old little girls!! And the society-- Yes this very own society are blaming us,women for these rapes?! It says that we women are ourselves responsible for being raped!! That, we expose and reveal and thus these beasts are getting provoked!! Really?! Is this the real scenario?! But the news says that even little girls are being raped and even the women who wear nothing but sarees and salwars! Now my question is-- what on Earth are they revealing?! Are the politicians truly sick?! We live in such a country where the women are taught how to be safe from getting raped but the men are not taught "NOT TO RAPE"! 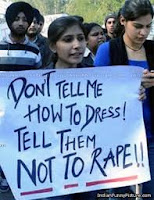 As I said, there's no doubt, the politicians and the government need a break! They are so much engrossed in making black money with the government's money (paid by us!) that they are talking rubbish and nonsense! They are simply out of their minds! Well, if only they possess one!

And this sick mentality of our society will never ever change until the parents put their "sons" higher than their "daughters"! We women will never be respected until and unless the parents stop giving the "bigger piece of  the fish" to their son while their daughter receives  the smaller one! This will never stop unless the parents educate their son in a well known English medium school while the daughter of the same parents goes to the Vernacular medium school! This will really never stop until the parents dream about their son to be a very good source of income and well-settled in his life while they dream about their daughter to get married to a very good groom!! Yes, this will never stop until and unless we stop differentiating between the boys and the girls! Grow up, people! This is the 21st century and we women are equally competent as you men are! Well, we women are better competent than you (whether you like it or not!) And this is the hell of a reason why you men should and must respect us women!

A last plea to the "men" (as they consider themselves to be) of our society and our "concerned" government, Forget about respect, we women deserve at least SAFETY!!!! 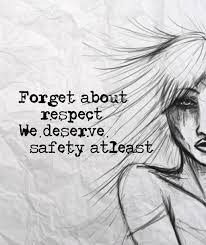