We women will doubtlessly agree to this phrase. As far as I have known these boys, I have already got a full post to write about them. I am serious. (Ask any girl and you will know! :p )

The boys I have known can be broadly classified into different types. Here they go:

Type 1:  "We are the God" type :  These are the men who tend to think they are superior to anything and everything! You will hear them saying "Oh! I can do this within a second. It actually is very small issue for me!" How confident they are about everything in life! But the moment they start doing it, ahhh!!!! All they do is a mess.These group of men has another wonderful trait about themselves. They look upon the women like we belong to some "criminal society" or even better they treat us like we are utterly uneducated creatures and can never be matched up to anything a "man" does ( For the portion within this bracket: Read only if you are a woman. For men, please ignore this because you will surely not like this(As yeah! I am not in the least mood to have an argument over this now! :p )! :p) -- Funnier as we outstand them in morals and ethics!)
And they are the kinds of men who will raise their daughters only to get married away(being least bothered to make them independent!)!

Yes! There are men like that even now! I have known quite a few!! 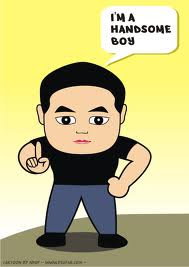 Type 2:  The "Handsome-hunk-playboy" types :  They are the guys (yes! They prefer to call themselves "guys" and "only guys", not man) who are typically handsome. These include guys with "chocolate boy looks", "hunk looks" or even sometimes with "shit looks"!! They tend to match their looks with Brad Pitt, Vin Diesel,  Ashton Kutcher , Taylor Lautner , John Abraham and who else not! No doubt, sometimes  they are truly handsome and cute but comparing them with Brad Pitt and others, is in anyway "TOO MUCH"!! Someone must tell them this!!

They belong to the category who think girls are for just "fun". Yes! They do! How this irates me, myself being a woman, I, no doubt, know how much a girl is important and can outdo anything a man does! To hell with these "guys"!! They exalt the girls in a very much spurious manner just to gain their trust and later on, to cheat on them! Poor these "guys"!! (Afterall they are "guys" and not "men"! Holds so perfect!!) 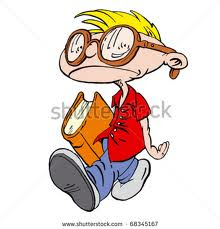 Type 3:  The "IIT-Genius" types: Yeah! I am sure you have already imagined how the boys of this category are! They are generally naive and carry atleast one book always in their hands! (not story books)
If not it, they will talk to you only about "book stuffs" like mathematics, physics,chemistry (Oh!! How I hate this subject. Can never ever forget the nightmares it gave me!!) and anything and everything that you hate! :p
They will tag themselves to be the genius and tend to show you that you are actually incapable of possessing that "IIT tag" in every conversation with you!!
Their parents, their facebook profiles and everything else they have will only show that they are having that tag which you don't. (like this is the only thing they have ever done in their lives!!)
And what does they do the whole day?! answer -- Study!! What else?!
But yes, these boys can still be tolerated. ;) (Afterall, they are our future scientists , may be! ;) )
Of course, not all IItians or such guys are like this! 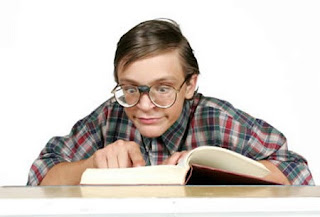 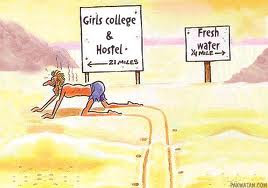 Type 4 :  The "Fraaaaaandship" types:  These boys are quite funny! That's the perfect adjective I can write about them.

These species are generally found in the social networking sites always looking out and seeking out for girls, pretty,fat,ugly,beautiful,short,tall, old, married,unmarried! Yes! anything will do, as long as it is a girl! :p
They continuously send friend-requests to the girls along with a message -" Hiii!!!! Do you fraaaaaaaaaaadshipppppp me????? You so quit!!!!! "

Ask any girl. They do actually write such horrible english and even have the gutts to send that message before thinking twice about it. This is the category which I so pity! But their "you so butiful.I love u. please fraaaadddship me" messages are sometimes welcomed when you are upset and need a good reason to laugh about! Trust me. They are hilarious even when one is indignantly furious!! 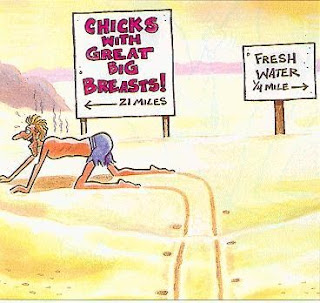 They are the guys who think about nothing but sex every "sex" seconds and even when they first see a girl. (even her pictures). And the only stuff they know and are concerned about is pornography! They even correspond to the type 2 guys! And some of them, even keep messaging unknown girls in social networking sites that if they too seek it, they can contact them providing their numbers! AAAAAaaagghhh!!!! How can they have such an audacity?!!!!


Type 6:   The "Cunning Fox" types: This category consists of  the boys or the men who think they know everything in this world and keep on insulting others! Reason -- Just to have fun and prove they are better than others. They tend to pull others' legs every now and then. How shit can one be??!!

Some of them even eulogize others just to gain something! Yes Yes! There are even girls like this but you are forgetting this is a post about guys! ;)

Of course there are truly genius men and boys but they are very few in number and moreover me, being a girl, how do you think I will write about those few merits men possess?! ;)

And after a whole post, again I have to admit that : 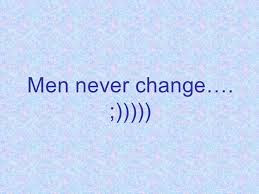